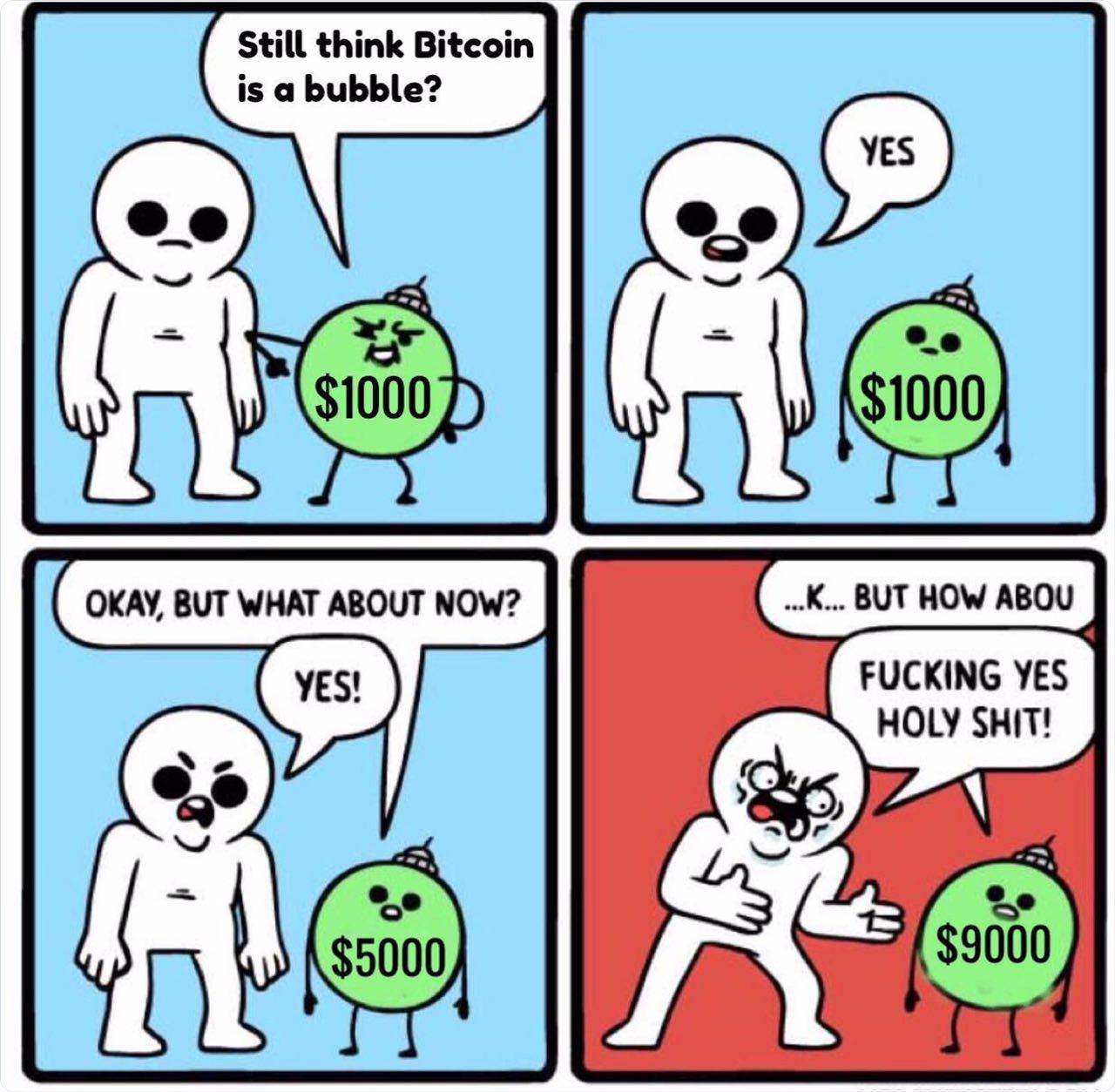 A ‘bubble’ by itself is nothing bad in financial markets, as long as the underlying gets attributed with actual value. It doesn’t matter where that is or who it is. Maybe this becomes clear after reading the following quote:

“If you compare a chart of USD vs Argentinian Peso, it looks the same as Bitcoin’s. If your definition is ‘up to the right is a bubble’, then the USD is a bubble in Argentina. (…)
Another explanation is: there’s just a rational flow of capital from a weaker asset to a stronger asset.”

The very implication of using a bubble metaphor is to suggest it’s only a matter of time when it will pop. But there has never, ever been any asset that has staged a series of bubbles, somewhat deflated after each of them (always at a higher level than the last bubble did), and after a while regrouped to stage another bubble, the way Bitcoin has. All other bubbles on the scale of Bitcoin led to complete collapse within a year, never to return. But by now, Bitcoin’s bubble has burst four times, but never gone to zero, and then staged a comeback.

Could it ‘possibly’ be that Bitcoin is actually not in any way comparable to financial bubbles, but simply a new, sought-after asset that attracts new waves of capital, with correction phases like during typical price discovery processes? Indeed, the signs are strong and are becoming stronger every year of Bitcoin’s existence that we are witnessing the process of Bitcoin becoming a financial life-boat, fleeing the worldwide (!) devaluation of inflationary, actual fiat currency bubbles and other (price-inflated) stores of value, like bonds, pension funds, stocks, property / real estate, gold and most others.

Do you have any thoughts on that or want to add some points we’ve missed so far? Do it below, we’re looking forward to it!