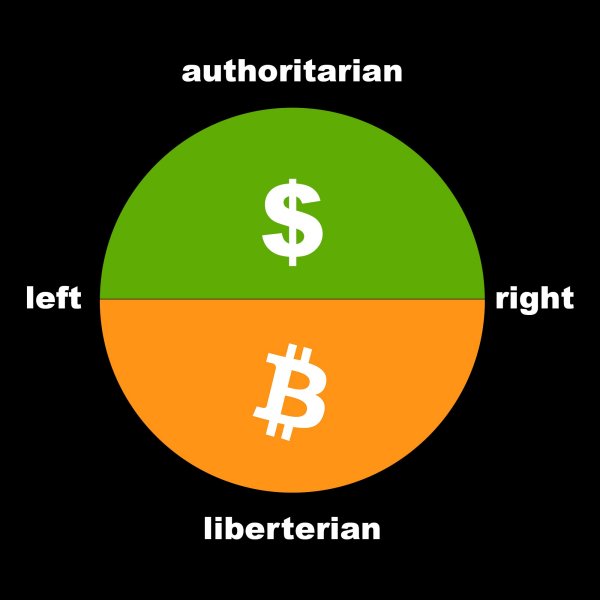 “Liberals are going to love Bitcoin when they figure out what it will do for lower income families. But Democrats will hate it.

Conservatives will love Bitcoin when they figure out what it will do to the budget deficit. But Republicans are going to hate it.

If someone says that bitcoin was born from right wing or libertarian conspiracy theories, you know they’ve not done their homework. Bitcoin is cypherpunk software, and the golden thread uniting the cypherpunk movement is anti-authoritarianism, not opposition to the state.

Cypherpunks opposed institutional overreach (corporate and state alike). They championed the use of technology to promote individual privacy and a culture of consent. Indeed, it was civil rights activist and hacker, Judith Milhon (a.k.a. “St. Jude”), who first coined the term “cypherpunk”.

Where, then, did this ‘Bitcoin is right-wing’ canard come from? I have two hypotheses: first, a book by David Golumbia, riddled with economic and historical errors and published in 2016, found an audience mostly due to its timely appearance. William J. Luther reviewed the book here (PDF download available).

Second, libertarians on the right were sometimes quicker to embrace bitcoin than civil rights activists on the left or elsewhere. This is changing, even within the last year or two. But observers are, understandably, slow on the uptake.

Digital authoritarianism – the use of computers to surveil and control – is on the rise. You needn’t be on the right or left to see it. Cypherpunks gave us a hopeful tool to fight back. Cypherpunks write code. Bitcoin isn’t founded on conspiracy theories. It’s founded on hope.

This page in its current state is originating in a Twitter thread by Andrew M. Bailey, one of the researchers at Resistance Money. Check out their website for more illuminating articles on Bitcoin’s potentials. Title image by L0la L33tz.